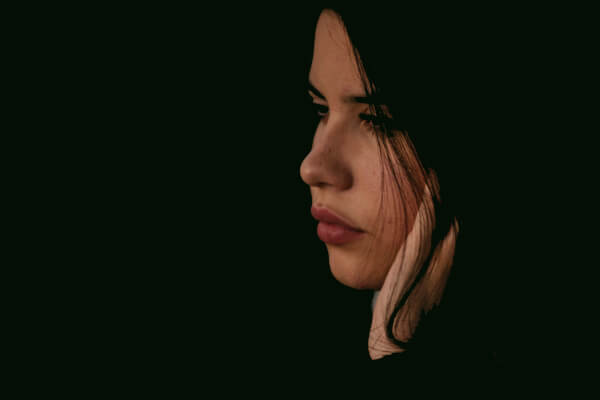 Lockjaw, which is more commonly known as tetanus is a serious bacterial infection which affects the nervous system and leads to the tightening of muscles throughout the body. The “lockjaw” name is due to the fact the infection will start by causing a contraction of the jaw and neck muscles. Eventually, the infection can spread to the rest of the body.

Without treatment, the infection is generally life-threatening. According to the CDC, up to 10% of mild tetanus and 40% of severe tetanus infections are fatal. It is generally a medical emergency and the patient must be given immediate medical attention. There is a tetanus vaccine which is a good preventative measure though vaccine booster shots must be administered after every 10 years so to provide proper immunity for the infection. The vaccine is readily available and due to strong immunisation programs in Australia, most people usually take precaution to get it so lockjaw is a fairly rare infection.

Tetanus is caused by the Clostridium bacteria. Spores of this deadly bacterium are likely to be found in dust or animal droppings. The infection occurs when these spores enter the bloodstream via a deep wound or a cut. Once in the body, they will spread to your central nervous system and in the process secrete a toxin that is known as tetanospasmin. The toxin blocks the nerve signals flowing from the spinal cord to the muscles in the body thereby leading to the muscle spasms that we often associate with tetanus.

You can be infected by tetanus bacterium under the following conditions:
• Puncture wounds
• Where wounds have been contaminated by dirt, saliva or faeces
• Injuries that contain dead tissue
• Animal bites such as dog bites
• Insect bites
• Burns
• From dental infections
Tetanus is quite common in hot and humid areas that contain rich soils.

A tetanus infection affects the nerves in your body that control your muscles leading to the stiffness of muscles. Patients will have a difficulty swallowing. This mostly affects muscles in the neck, back, jaw, chest and abdomen. Spasms are also very common during a tetanus infection.
Other symptoms include the following:
• Fever
• A fast heart rate
• High blood pressure
• Profuse sweating
• Hardening of abdominal muscles
• Difficulty in swallowing

The incubation period for lockjaw between the exposure to the virus and the start of the disease symptoms ranges between three and twenty one days. The tetanus symptoms begin appearing after 14 days. Infections will be more severe when they appear quickly after the initial exposure. These generally have very poor prognosis.

Various complications can occur during a tetanus infection. These mainly result from the muscle spasms that are associated with disease. They include:
• Brain damage as a result of lack of oxygen
• The muscle convulsions and spasms can cause bone fractures and spinal damage
• The spasms also cause breathing problems
• Pneumonia a
• Prolonged stay at the hospital may result in secondary infections

The best prevention is through tetanus vaccination. However, it is highly advised that you go for booster shots in order to maintain optimal immunity and increase the potency of the vaccines. Adults need a booster tetanus vaccine after every 10 years while kids need one after every 11 to 12 years. In case of injuries, ensure that your wounds are cleaned properly and treated, especially if the wound has had contact with the soil.

Tetanus has a fairly poor prognosis. Infections are fatal in 11% of the mild cases and up to 50% in severe cases. The treatment is often difficult and prolonged and involves addressing the various causes and symptoms of the disease in order to reduce the complications. Doctors will use a cocktail of drugs that include an anti-tetanus serum, muscle relaxants, sedatives and various other supportive medicines.

Send Us A Message

PrevPreviousCan Stress Cause Pain in Your Teeth?
NextWhat is a Root Canal?Next
Google Rating
3.8

Daniel Smith
01:44 29 May 19
I've been a patient here for more than 5 years and have been very happy with the care and service provided. Dr. Cartas and her team are always very accommodating, I'd recommend their Collins St clinic to anyone looking for a dentist in the CBD.

Kia Yang
03:05 19 Aug 18
I have been a patient at this dentist for over 10 years and I even though I have moved away from Southbank where it was convenient I still do not mind the travel to see my usual Dentist. Very professional, quick and painless. I totally recommend getting your teeth cleaned, checked and explained to you with Blue Spa Dental. The girls here are very professional and friendly.

Frankee Moro
23:46 03 Aug 18
BEWARE! Only go here if you want terrible work done that won’t last!Got 2 front vaneers replaced and things started going wrong straight from the second appointment. My teeth were prepared for crowns instead of vaneers without concent. Wrong type of crowns then ordered. When right ones were eventually made the shape was wrong and they were too tight. I told dr cartas this but she said they’d settle in. They didn’t. Just 2 short years in, they cracked from pressure and fell out. They should last 10-15 years! One star is generous. I advised APRAH who agreed it was all done wrong, audited dr cartas and made her do courses. Save yourself the trouble. DO NOT USE THESE PEOPLE.

Tommy Security
00:43 03 Jun 15
Tried these guys out after my old dentist retired and had a great experience (well as great as visiting the dentist can be). The staff are very friendly and it's clear that all their patients love the place. I go to Collins St but I know they have two other locations which is handy.
See All Reviews Write a review

We use cookies on our website to give you the most relevant experience by remembering your preferences and repeat visits. By clicking “Accept All”, you consent to the use of ALL the cookies. However, you may visit "Cookie Settings" to provide a controlled consent.
Cookie SettingsAccept All
Manage consent

This website uses cookies to improve your experience while you navigate through the website. Out of these, the cookies that are categorized as necessary are stored on your browser as they are essential for the working of basic functionalities of the website. We also use third-party cookies that help us analyze and understand how you use this website. These cookies will be stored in your browser only with your consent. You also have the option to opt-out of these cookies. But opting out of some of these cookies may affect your browsing experience.
Necessary Always Enabled
Necessary cookies are absolutely essential for the website to function properly. These cookies ensure basic functionalities and security features of the website, anonymously.
Functional
Functional cookies help to perform certain functionalities like sharing the content of the website on social media platforms, collect feedbacks, and other third-party features.
Performance
Performance cookies are used to understand and analyze the key performance indexes of the website which helps in delivering a better user experience for the visitors.
Analytics
Analytical cookies are used to understand how visitors interact with the website. These cookies help provide information on metrics the number of visitors, bounce rate, traffic source, etc.
Advertisement
Advertisement cookies are used to provide visitors with relevant ads and marketing campaigns. These cookies track visitors across websites and collect information to provide customized ads.
Others
Other uncategorized cookies are those that are being analyzed and have not been classified into a category as yet.
SAVE & ACCEPT